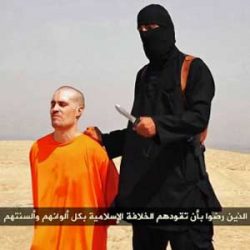 As opposed to their Western counterparts, Christian leaders who live in the Middle East continued expressing their frustration at the West’s indifference and worse. Jean-Clément Jeanbart, the Melkite Greek Catholic archbishop of Aleppo, during an interview, asked “Why are your bishops silent on a threat that is yours today as well? Because the bishops are, like you, raised in political correctness. But Jesus was never politically correct, he was politically just! The responsibility of a bishop is to teach, to use his influence to transmit truth. Why are your bishops afraid of speaking? Of course they would be criticized, but that would give them a chance to defend themselves, and to defend this truth. You must remember that silence often means consent.”

The archbishop also criticized the migration policies of Western countries: “The egoism and the interests slavishly defended by your governments will in the end kill you as well. Open your eyes, didn’t you see what happened recently in Paris?”

Similarly, in Iraq, Christian representatives invited to participate in the “Conference on the Protection of Peaceful Coexistence” — the sort of conference that would be heavily attended, praised, and cited by Christians in the West — boycotted the event on the grounds that such government-sponsored events are purely for show and nothing comes of them. “What need is there in participating in meetings like this and repeating the formulas that give the title to the conference if then one does not see initiatives and changes in concrete terms?” said Chaldean Patriarch Raphael Louis I. Other non-Muslim religious minorities, including the Yazidis and Mandaeans, also boycotted the conference.

The Chaldean Patriarch went on to launch an appeal to government authorities and political and religious leaders to denounce the continuing legal discrimination and sectarian bullying suffered by Christians: “We met with government officials, and paid a visit to some of the Islamic religious authorities to talk about what we have in common, with regards to our faiths and the life we share in this land. During these meetings, we assured our loyalty to Iraq, which is our country, and we do not seek revenge, we want to live in peace with all Iraqis. Unfortunately, none of their promises has become reality.”

January’s roundup of Muslim persecution of Christians around the world includes, but is not limited to, the following:

USA: Federal authorities arrested a Michigan man believed to be an ISIS supporter who had planned to carry out an attack on a 6,000-member Detroit church. Khalil Abu-Rayyan, 21, of Dearborn Heights, allegedly had guns and a large knife, and told an undercover FBI agent that he “tried to shoot up a church one day.” “I bought a bunch of bullets. I practiced reloading and unloading,” he said in an online conversation. Investigators did not specify which church Abu-Rayyan was eyeing, but said it has a capacity of 6,000 members. In conversations with an undercover agent, he said, “If I can’t do jihad in the Middle East, I would do my jihad over here.” He also had armed himself with a knife and told the undercover agent, “It is my dream to behead someone.”

Bangladesh: Catholic nuns were attacked on two separate occasions. In the early morning hours of February 7, around 15 masked, armed men broke into the Sacred Heart Catholic Church, and its adjacent Catechist Sisters of the Immaculate Heart of Mary convent, in Chuadanga. They vandalized the convent’s chapel, desecrated the Eucharist, slapped a nun around, and looted over $8,000 as well as other valuables. A few days later in Tumilia, 12 men broke into St. Mary’s Catholic Mother Care Center, a hospital clinic founded in 1933, and stole some items. “They broke down the door of my room,” said Sister Mary, “and were armed. They threatened me and asked where I held the money. I had no other choice, I gave them all the cash we had.” According to Theophil Nokrek, secretary of the Episcopal Commission for Justice and Peace, the two recent attacks “are not isolated incidents. Some groups are trying to harm our Christian community. They are doing so with premeditated actions. The government should protect us adequately.” He added that a few days earlier in the same district a Christian micro-credit bank was also robbed.

Kosovo: Four ethnic Albanians were arrested near the Serbian Orthodox monastery, Visoki Decani, a UNESCO world heritage site. Two of the suspects wore beards and were dressed in Salafi garb. A Kalashnikov rifle with ammunition and a pistol, as well as some extremist jihadi books, were found in their car. One of the suspects was later found to have an ISIS flag in his house. More than a year earlier, in October 2014, ISIS graffiti was sprayed on buildings belonging to the monastery. Even so, Kosovo police said the four men had no intention to attack the monastery and had no links to terrorism; Albanian media accused the monastery of exaggerating the threat. One month earlier, Muslims had urinated in an Orthodox Christian church in Pristina, the capital of Kosovo.

Turkey: On February 18, authorities ordered four Christian congregations to vacate the church building they shared. The Christians were given until February 26 to comply—eight days. Built in the 1880s, the building, which accommodated as many as 200 people, had, since 2004, been shared by four different Christian denominations for their Sunday worship. Due to protests against the decision, on February 23 authorities withdrew the order. Discussing this incident, Turkish academic Aykan Erdemir said, “Christians do not have any legal entitlement to the building. They only have usage rights for the time being, which I think is a very precarious situation …. Members of non-majority religions have to depend on the goodwill of bureaucrats and the majority population.”