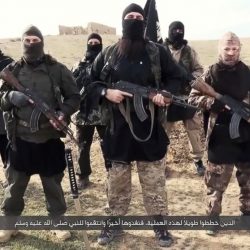 The FBI Minneapolis Division has taken the lead in tracking down the source of a cyber attack on Minnesota law enforcement. Thirty-six officers from across the state were on a “wanted” or “kill” list by the “Caliphate Cyber Army.”

“We are in consultation with our state and local partners about this situation,” said Kyle Loven, Chief Division Counsel of the FBI, Minneapolis. “We do take this matter very seriously as we would any threat against law enforcement personnel and our hope is to bring about a resolution to this matter sooner rather than later.”

Loven said a “resolution” would be to discover who was behind “putting out the information.”  The closely guarded home addresses of the officers, their phone numbers and email addresses were revealed on the encrypted website “Telegram.”

“It does not affect officers just here in the Twin Cities area,” said Loven, “but, in fact, it affects officers throughout Greater Minnesota and into some of the neighboring states as well. So, we are talking about officers from various agencies who are affected by this breach.”

American Muslim: “It Is My Dream to Behead Someone”
The Sweet Face of Islam