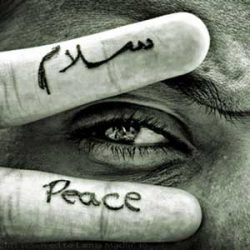 After a nasty terrorist attack one can expect to read about how unrepresentative of the true doctrines of Islam such acts are.  Not infrequently we are treated to the remarks of an attractive young Muslim woman explaining that Islam is the religion of peace, inclusion and justice for all.  Usually we are reassured that Muslims love America and are patriotic, Constitution-supporting citizens.

Recently, Republican Muslim Coalition President Saba Ahmed draped in an American flag, proclaimed that she was a proud, patriotic American.  After Trump’s misguided remarks that due to terrorist attacks (San Bernardino) Muslims in America needed to wear identification, the Facebook post of Marwa Balkar went viral:

One is naturally inclined to believe that someone who is a Muslim and is brought up in a Muslin community knows whereof he/she speaks.  And that may be quite correct as regards their assessment of the attitudes of their own community.

But it does not follow that that they speak with great knowledge of the Koran or Sunnah or of Sharia law. Even less does it follow that they understand the ultimate agenda of the various Islamic front groups in the U.S. that are affiliated with the Muslim Brotherhood or the Wahhabi supported fronts of Saudi Arabia.  They may be recruited by such organizations to put a nice face on Islam … but that hardly means that that is what the ultimate agenda is of such organizations.

As a case in point, here is an interesting account of the rude awakening of a Muslim American who grew up in a patriotic Muslim community in Hamtramck, Michigan.

As a Muslim growing up in the United States, I was taught by my imams and the community around me that Islam is a religion of peace.  My family modeled love for others and love for country, and not just by their words.  My father served in the U.S. Navy throughout my childhood, starting as a seaman and retiring as a lieutenant commander.  I believed wholeheartedly a slogan often repeated at my mosque after 9/11: “The terrorists who hijacked the planes also hijacked Islam.”

Yet, as I began to investigate the Quran and the traditions of Muhammad’s life for myself in college, I found to my genuine surprise that the pages of Islamic history are filled with violence.  How could I reconcile this with what I had always been taught about Islam?

The point being that in the last analysis the rank and file and acolytes of Islam can be led to believe whatever their handlers at the time find it tactically expedient for them to believe as they are led down road to Islam Uber Alles.

Read more at The American Thinker