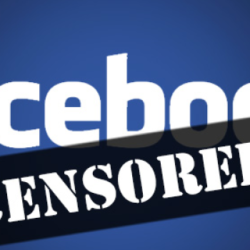 An anti-Sharia law project with Minnesota roots is the target of censorship as Facebook pulled a video from the “Should America Fear Sharia?” page last week.

The video in question is 45-seconds long and claims to depict Muslims throwing homosexuals off of a rooftop in Libya. Over the course of the video, four people are thrown from a four story building. A resounding smack can be heard as they hit the ground, followed by chants of “Allah Akbar.”

“In a situation where it’s Facebook or these things, that’s not a government suppression,” said the Center for Security Policy’s Executive Vice President Jim Hanson, “They can do whatever they want, they’re private companies, but it has an element of what we consider free speech. We don’t think it’s particularly good to have folks saying, ‘No you can’t talk about that. You can’t mention that because it bothers us.’ Well sorry. That’s what we do here.”