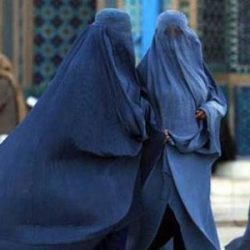 Sharia (the “path) is Islamic law. According to most sources, including the Council on Foreign Relations, shariah is made up of rules that regulate every nook and cranny of life – worship, marriage and inheritance, criminal offenses, commerce and personal conduct. “It is derived primarily from the Quran and the Sunna—the sayings, practices, and teachings of the Prophet Mohammed.”

The bombings and shootings in the name of Islam, such as the Boston Marathon, Fort Hood, the “Underwear Bomber” and 911 are just one element of how sharia law calls Muslims to fight against those who do not accept their law.

Andrew McCarthy, former federal prosecutor and co-author of Shariah: The Threat To America: An Exercise In Competitive Analysis, wrote, “American elites still deal with sharia as just a religious system, when in fact it is as totalitarian a political program as ever were those of communism, fascism, national socialism, or Japanese imperialism.”

The Muslim holy book, the Quran, says that non-Muslims are “the most vile of created beings” (Q 98:6)

Omar Ahmad, co-founder/Board Chairman of Council on American Islamic Relations (CAIR), in 1998 said publicly, “Islam isn’t in America to be equal to any other faith, but to become dominant. The Koran should be the highest authority in America, and Islam the only accepted religion on Earth.”

Islam’s sharia law is insinuating itself into our courtrooms, schools, prisons and every other aspect of society. The lever often used is one of discrimination against the precepts of shariah, while Christian and Jewish customs and laws remain.

Sharia Tribunal in Texas: This Is How It Starts