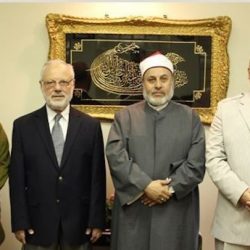 Breitbart Texas confirmed Tuesday that “an Islamic Tribunal using Sharia law” is indeed operating in Texas. But not to worry: an attorney for the tribunal assures us that participation is “voluntary,” and one of the Sharia judges, Dr. Taher El-badawi, says it’s devoted only to “non-binding dispute resolution.”

This is how it starts. This is how it started in the United Kingdom. When Sharia courts were instituted there, Muslim and non-Muslim officials alike all assured the British public and the world that they would be voluntary, restricted to matters involving non-criminal matters, and subject to the British courts. Any areas in which British law and Sharia law conflicted would be referred not to the Sharia courts, but to the British courts.

That is not how it worked out. The Telegraph reported in August 2011 that “there are growing concerns” that the Sharia courts “are creating a parallel legal system — and one that is developing completely unchecked.” The Independent stated in April 2012 “some Sharia law bodies have been misrepresented by the media as being transparent, voluntary and operating in accordance with human rights and equality legislation. This is not the case. Many Sharia law bodies rule on a range of disputes from domestic violence to child residence all of which should be dealt with by UK courts of law.” Instead, “they operate within a misogynist and patriarchal framework which is incompatible with UK legislation.”