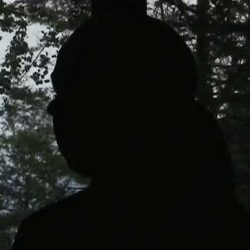 Editor’s note: The name of the victim in this story has been changed to protect her safety. Sarah Penskey is not her real name.

Sarah Penskey was in her garage unpacking boxes on a sunny morning in late June when she was approached by several bearded Somali men in their early to mid-20s.

It was the last week of Ramadan, and the men were wearing traditional Islamic robes.

The uninvited visitors to this posh Minneapolis neighborhood known as Linden Hills – situated among tall trees just off of Thomas Beach on Lake Calhoun – ground to a halt beside Penskey’s house that morning.

They came in a white RAV 4 Toyota and a dark-colored van, catching her unawares as she walked out of her garage to put something in her trash can.

It was just the day before that another group of Somalis had driven through the neighborhood and approached her as she was turning on her sprinkler, but they were younger, in their late teens and dressed in basketball shorts, not robes.

That younger group complimented her house and her looks. “Hey, you have a beautiful house,” they said. “You’re beautiful, too. Can we move in with you?”

“Thank you. Have a nice day at the beach,” she replied, dismissively, walking back into her house and doing her best to, as she says, “diffuse the situation.”

The older group that showed up the next day was not so subtle. Nor would they be so easily dismissed.

“Hey, hey… hey,” they yelled as she was taking out her trash.

“We want to live in your house. We want to marry you.”

“No, I already have a husband, but have a good day,” Penskey replied.

The men starting jostling with each other and yelling things that were hard to understand. At least five other cars were driving recklessly through the narrow streets, setting off bottle rockets, their passengers hanging off of the door frames, some even riding on the hood, yelling, “Jihad!”

They ran over some neighbors’ lawns and reportedly beat up one resident’s dog.

“Do you know Shariah law?” one of the older men in robes yelled at Penskey.

Penskey knew about Shariah law and its rules for man-woman relationships and Muslim-non-Muslim relationships.

“Yes,” she said, walking back toward her garage.

“We can kidnap you and rape you!” the men shouted back at her.

She shut the garage door and ran inside to call police.

“I didn’t yell at them. I didn’t do anything, just tried to shut the door and get back inside, so it’s like there were some bad apples one day, and then there were some really bad apples the next,” Penskey told WND in a phone interview Wednesday. Her husband was not home during either of her first two encounters with the Somali men.

Many neighbors called police on the second morning of what some are calling the Somali “wilding,” a day of brazen intimidation that started in Linden Hills using fireworks and fake guns and spread to the adjacent beach on Lake Calhoun.

“On the second day, multiple neighbors were running out, trying to get license plate numbers, and were on the phone with the police. They were running outside, barefoot. One woman came and swept up her child and took her back in the house,” Penskey said. “Imagine six cars driving 50 mph through a residential street, then slamming on the brakes, driving on lawns, exploding fireworks. They almost hit one child and actually did hit one of their own.”

A man in his sixties was reportedly threatened by one Somali who demanded that he erase the picture of his license plate from the man’s camera.

Police took up to three hours to arrive. The dispatchers told Penskey they didn’t have enough officers on duty to confront 20 or more men. The police did periodic drive-bys to monitor the situation. When they did show up, the worst offenders were gone.

The police report says officers arrived to find a female victim, Penskey, who was “very distraught and alone. Crying.”

She had called 9-1-1 three times that day. An officer arrived once earlier but only wrote a minor traffic ticket to one of the rioters. The main instigators had fled before police got there.