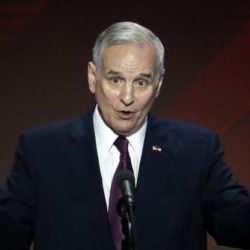 That word, “tolerance,” may not mean what Minnesota Governor Mark Dayton thinks it does. The Democrat responded over the weekend to a stabbing attack which left nine people injured at a mall in St. Cloud. From WCCO:

Authorities say the suspect, who has yet to be identified, attacked several shoppers at the Crossroads Center mall on Saturday night. Police say he mentioned Allah and asked at least one victim if they were Muslim.“If true that [the stabbings] were motivated by religious bigotry, I condemn them even more strongly,” the governor said in a press release Sunday.

Dayton attempts to group this attack with other forms of “religious bigotry.” To his mind, this stabbing proves no different than any harassment which Somali Muslims have suffered at the hands of Minnesota natives. Muslim students have occasionally been bullied at school. These people were stabbed. Six of one, half a dozen of the other.

The governor is asking the Minnesota community to embrace tolerance.“I ask everyone in the St. Cloud area and throughout Minnesota to rise above this atrocity and act to make religious and racial tolerance one of the ways in which Minnesotans again lead our country,” Dayton said.

As covered by our own Patrick Poole, the Minneapolis Star Tribune has been tripping over itself to pivot from the true nature of this attack toward “anti-Muslim sentiment.” Along with the governor’s response, this amounts to blaming the victim. To the leftist mind, the most important focus in the wake of a mass stabbing is polite behavior toward minorities.

If we’re going to talk about tolerance, fine. Let’s define it as — above all else — not going on a stabbing spree at the mall. Maybe focus there? We can worry about classroom etiquette another day.