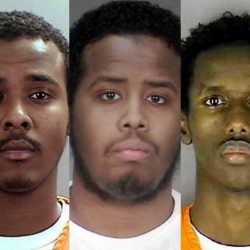 On June 3, one of the biggest trials of Muslim immigrants turned would-be jihadists in U.S. history ended with guilty verdicts for four and guilty pleas by six others, but the trial went practically unnoticed by the old media establishment, overshadowed by the terror attack in Orlando and other news.

This isn’t the first time that Muslims who were settled in the Minneapolis, Minnesota, area have gone back to Africa or the Middle East — or have tried to go there — to fight for one terrorist outfit or another. If there is one thing the trial highlighted is that Minnesota has a major terrorist problem among its Somali immigrant community. Suspected Muslim terrorists have been pouring out from the Twin Cities region for some time, and this trial of six more Minnesota Muslims who were accused of trying to join ISIS is just the latest example.

“They have spent a great deal of time over the past year trying to get to Syria to fight for ISIL,” U.S. Attorney Andrew Luger said at a press conference in April when the charges were unsealed.

The guilty verdicts all carry a possible life sentence.

But according to Scott W. Johnson, writing for City Journal, the atmosphere around the trial needs to be reported on, too, because it seemed from his firsthand experience that the local Muslim community did not blame the convicted jihadis for the charges. Instead, they acted as if these young men were just being persecuted by an out-of-control government intent on sending innocent Muslims to jail.