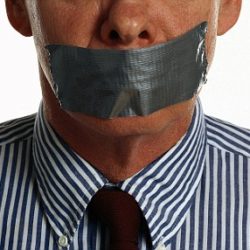 Meddling Brussels has said the British press should not report when terrorists are Muslims in a slew of demands to the Government to crack down on the media.

A report from the European Commission against Racism and Intolerance (ECRI) found there was an increase in hate speech and racist violence in the UK from 2009 to March 2016.

Blaming the press, ECRI Chair Christian Ahlund, said: “It is no coincidence that racist violence is on the rise in the UK at the same time as we see worrying examples of intolerance and hate speech in the newspapers, online and even among politicians.”

The report makes a whopping 23 recommendations to Theresa May’s Government for changes to criminal law, the freedom of the press, crime reporting and equality law.

And despite the report not analysing coverage of the historic Brexit vote, Mr Ahlund saw fit to comment on the UK’s decision to leave the EU.

In a sweeping statement, he said: “The Brexit referendum seems to have led to a further rise in ‘anti-foreigner’ sentiment, making it even more important that the British authorities take the steps outlined in our report as a matter of priority.”

The report lays into the British press and urges the government to “give more rigorous training” to reporters.

In the 83-page report, the Commission said: “ECRI considers that, in light of the fact that Muslims are increasingly under the spotlight as a result of recent ISIS-related terrorist acts around the world, fuelling prejudice against Muslims shows a reckless disregard, not only for the dignity of the great majority of Muslims in the United Kingdom, but also for their safety.