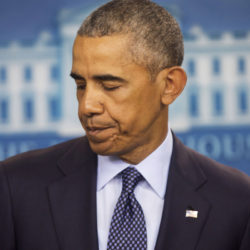 The head of a messianic Jewish ministry shared that she understands why many Americans do not agree with President Barack Obama’s plan to bring 110,000 additional Syrian refugees into the United States in 2017.

According to a recent Rasmussen poll, 48 percent of likely voters believe that the United States should receive no additional refugees from the Middle East and Africa, while only 12 percent support Obama’s plan to take in 110,000 refugees next year.

The research also revealed that 62 percent of those surveyed believe increasing the number of Middle Eastern and African refugees next year poses an increased national security risk to the United States, while only 28 percent disagree.

Olive Tree Ministries Founder and Director Jan Markell, who hosts Understanding the Times onAmerican Family Radio, is not surprised at the resistance to more Islamic refugees – especially in light of the problems with Somali refugees taking place in the Minneapolis-St. Paul area near her ministry’s headquarters.

“We would be accepting of the Somali community here if they would only assimilate into the community at large here,” Markell asserts. “But they totally maintain their isolation and their culture, their dress, their animosity towards the people who are here already. And so we have become fearful and that’s a terrible way to have to live.”

Markell also maintains that she cannot understand why politicians are willing to go along with the demands of Muslims to implement Shariah law in America.

“This is a very dark and scary time that we’re in, and this next election is crucial,” Markell impressed. “It’s make or break for the future of America.”

Read more at One News Now