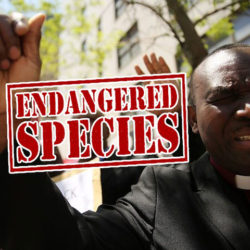 After the latest spate of abductions and killings of clergy by Muslims, Nigerian Church officials are wondering aloud whether priests are becoming an “endangered species” in the African country.

One senior Nigerian priest was kidnapped earlier this week and is now being held for ransom, which is just the latest in a string of violent attacks on Christian clergy in Nigeria.

On Monday, assailants presumed to be Muslim Fulani herdsmen held up the car carrying Rev. Emmanuel Dim, the Rector of Tansi Major Seminary, along with two other priests. The attackers carried Dim off, after shooting one of his companions in the head and injuring the other.

Dim’s kidnappers have demanded a ransom of some $8,000, according to the director of communications for the Diocese of Nnewi in Anambra State, Fr. Hyginus Aghaulor.

Because of the frequency of the occurrence, however, Aghaulor said: “One begins to wonder if Catholic priest have become [an] endangered species.”