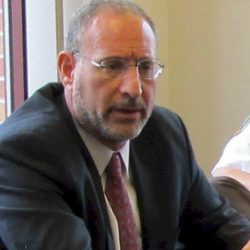 Recently unsealed case records revealed that a Minnesota woman charged in 2014 with supporting al-Shabab is helping the federal government in the case against a network of women who have sent thousands of dollars to an overseas organization that the United States said is involved in terrorism.

Amina Mohamud Esse pleaded guilty in November 2014 to the charge, according to the recently unsealed records.  The Associated Press reports that Esse had sent approximately $500 overseas to a woman in Kenya with the knowledge that the funds would eventually find their way to al-Shabab.

In 2008, al-Shabab was designated a terrorist group by the United States.  In 2012, leaders of al-Shabab and al-Qaeda announced that the two groups were merging.

The U.S. District Court of Minnesota kept the proceedings of Esse’s case private because District Attorney Andrew Luger, who recently held an “Islamophobia” panel discussion in St. Cloud, worried that divulging details of Esse’s charges along with her cooperation with the federal government could impede the case against some of the online group’s masterminds, who were also arrested in 2014.

A court filing said, “al-Shabab members and associates would obviously not accept or trust the defendant if they knew she had been charged and was cooperating with the FBI.”