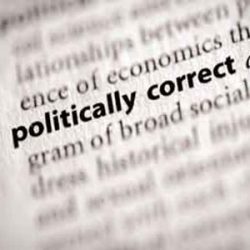 If Americans were shocked by the recent terrorist massacre in Orlando committed by Omar Mateen in the name of ISIS and other Islamist jihadis, they should be even more alarmed by the Obama administration’s response, which once again sought to obfuscate the role of Islamist ideology in motivating that terrorist attack — the largest on U.S. soil since 9/11.

In spite of Islamists having established an unparalleled record of terrorism — some 20,000 assaults globally in the name of Islam since 9/11 — U.S. law enforcement, intelligence and national armed forces have for many years been operating partially blindfolded with one hand tied behind their backs under the heel of the politically correct posture of protecting Islam and Muslims.

The tentacles of the Muslim Brotherhood, with its myriad front groups, was established in the U.S. long before 9/11. We know this from the successful trial of the Holy Land Foundation in 2008. Uncovered in the discovery treasure-trove for the HLF trial was a 1991 strategy plan of the Muslim Brotherhood to overthrow the U.S. Constitution via stealth “civilization jihad” and to “destroy the Western civilization from within,” the precondition to establishing a Sharia-ruled Caliphate.

The extent of penetration of Muslim influence in the Bush administration can be understood by way of a cursory comparative analysis. The lexicon found in the 2004 9/11 Commission Report, which contained hundreds of instances of the use of words like “Jihad,” “Muslim,” and “Islam,” was basically eliminated by the end of the Bush administration. In 2008, when the FBI published its unclassified Counterterrorism Lexicon, those words are entirely missing. It marked a major step in the post 9/11 world of disconnecting radical Islamist ideology from terrorism and limiting the U.S. in its investigative tools, intelligence collection, law enforcement, and war-fighting capabilities.

The process of separating terrorism from its radical Islamist roots took on new momentum in the first year of the Obama administration, simultaneous with the president’s Middle East apology tour in the spring of 2009. According to Philip Haney — a founder of the Department of Homeland Security (DHS) in 2003, established in response to 9/11 — DHS superiors brought in by the Obama administration ordered him in November 2009 to scrub and delete hundreds of records of individuals tied to designated Islamist terror groups affiliated with the Muslim Brotherhood, such as Hamas, from the Treasury Enforcement Communications System database.